Covers Brooklyn south to Greenwood Cemetery, north to Green Point, and east to the Cemetery of the Evergreens. Also covers portions of Flatbush, southern Queens and Lower Manhattan. Shows wards, ferry lines, and distances from City Hall (modernly known as Borough Hall). Includes advertisements on verso. Oriented with north to the lower left. “Entered according to Act of Congress in the year 1858 by H. Phelps in the Clerk’s Office of the District Court for the Southern district of New York.” 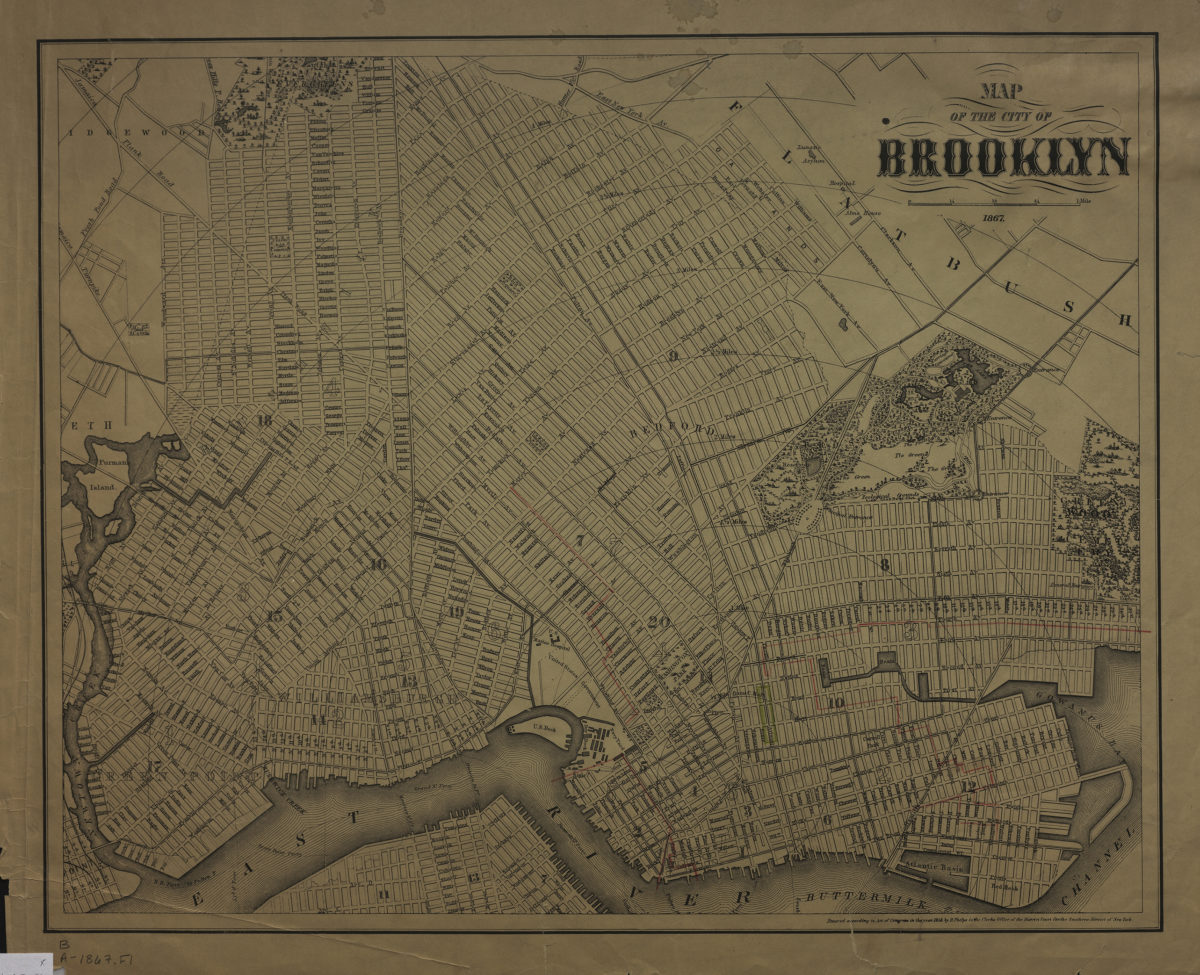